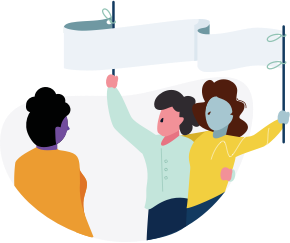 Riachuelo is a Brazilian department store that operates over 300 stores. The company was purchased by the Grupo Guararapes, which also controls the Natal shopping center Midway Mall and Midway Financeira, a financial company. The three companies currently use Jira, with about 1200 users in total. Of those 1200, about 700 are Tempo Timesheet users.

Because the proportion of time spent on service desk issues is significant, the team is starting to develop automation for requests like password resets. With a specific field for their catalog, they can use Tempo reports to determine which issues are getting the most effort.

“My major project is developing automation for our service desk and I am doing those automations based on the time spent - I'm looking for stuff that takes more time from our team,” said Lameck Neto, Atlassian expert, who is responsible for collaboration tools and is the Jira admin at Riachuelo. “Developing those automations is really important to us to be sure we are saving time. Before I develop any automation for any team here, I need that information.”

Neto uses the Tempo Teams functionality to protect information for teams in the business area.

Working with Tempo Teams makes it easier to collectively manage the work done by a group of people with a Team Lead. It’s not just technical teams using Tempo - users from the marketing team, who have been using Jira since last year, recently adopted Tempo Timesheets as well.

Tempo also knows the value of automation. One of the newest and most radical developments in Tempo is automatic time tracking for Cloud, which is generated directly from what developers do at work. Users of Tempo Timesheets can create a detailed and accurate picture of any workday to include meetings attended, tickets and issues worked on, and code committed from a variety of applications - all with a single click.

Providers currently include Jira, Google Calendar, Office 365 Calendar and Visual Studio Code (VS Code), but they will eventually expand to include IntelliJ, Bitbucket, Github, Asana and more.

One of the most popular Tempo features at Riachuelo is the real-time tracker, which is a stopwatch that users can use to record time on Jira issues.

“It's the number one favorite solution of people here,” said Neto.

“The benefit of Tempo Timesheets is that we have information we can trust. When you are using something like native time tracking in Jira, people just put hours in there and you have to trust in the information like, ‘Okay, I think I worked about one hour on that issue, but it was truly one hour and a half.’ With the real-time tracker, people can play-and-pause work on their issues.”

Mobility with Tempo is really important to Neto, and he appreciates the mobile app in particular.

“I am a remote worker and I love that sometimes when I'm picking my kid at school and I have a meeting, I have Tempo on my cell phone that lets me log that right away. I am able to know and put the effort I put into that issue from my cell phone.”

Neto recommends Tempo to any company looking to track time. “If you really want traction in managing your time, you’re going to need Tempo,” he said.

How to use time blocking for better time management

Advanced Roadmaps vs Structure: Which one does your organization need?

What is capacity management, and why is it important?