How ITernal Group used the Tempo suite after a merger 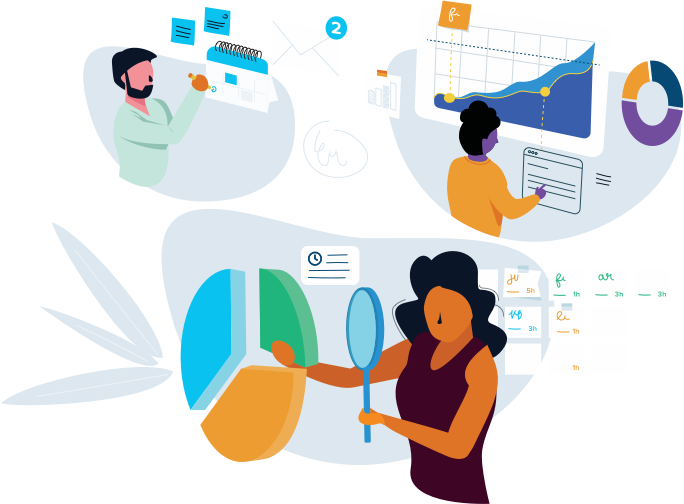 ITernal Group is a software development company that was created after a merger of three smaller outsourcing companies. When they merged, a huge number of problems associated with resource planning, team management, and time tracking came up. The main difficulty arose in tracking the activity of projects and individuals. After the merger, no one could figure out who was in charge of particular tasks and it was hard to keep track of the budget.

Without the tools for time and issue tracking, it is difficult to decide what resources and timeline are required to complete each project. This became a real headache for ITernal Group. It was urgently necessary to find a ready-made solution that would fit with the new reality of the company. The Tempo tools and WatchTower were those solutions. We spoke to Alex Tymchenko, ITernal Group's Delivery Manager, who was on the frontline of the merger during and after the process.

“Before the merger, every company had its own Jira. Two of them were on Server and one was cloud-based. Having three Jira instances that need to be synchronized with each other within one company is already a headache. And one of them being in the cloud only added more issues,” Tymchenko explained.

In addition to Jira and other Atlassian products, each one of the three companies had different complementary tools.

"We had a scope of BI applications. Of the Atlassian tools, these were Jira, Confluence, and Bitbucket," Tymchenko recalled. "I don’t remember all the third-party services now, but there were a lot of them - GitLab, GitHub, Toggl, and Pipedrive are the ones coming to my mind. Although the latter was used by only one company, the other three were part of the workflows in all three firms."

Having so many tools and teams, of course, led to chaos during the merger stage.

"It’s hard to imagine, but in fact we couldn’t pull together who was doing what, where resources should be allocated, and in what volume. The workload and time tracking from all applications were mixed in one pile and it was necessary to urgently come up with a solution of how to restructure this process within the teams of one company," Tymchenko said. "Managers began to spend too much time on tasks. There was overtime for some processes, while other employees remained out of action. Nobody could understand who was available now and who was not." 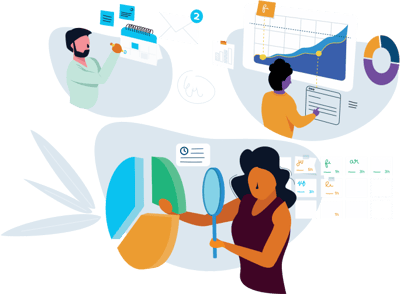 Finding a way out of this situation came with some risk. In addition to the obvious financial losses caused by disorganization, it was necessary not only to find a suitable solution but also allow merging all the services without bringing all teams’ work to a halt. ITernal Group consulted a Tempo partner - Rozdoum - and implemented several Tempo applications, such as Planner, Timesheets, and Budgets, as well as Rozdoum's WatchTower.

"After scrupulous research, we came to the conclusion that this would be the best option,” Tymchenko said. “The introduction of Tempo Planner has become one of the best solutions. We now plan our resources, build reports on available specialists, and monitor irregular tasks completed by developers between projects. All can be tackled with Planner. It certainly helped us to solve one of our main headaches since we began to see who had been working where."

"There was almost no alternative to this tool,” he continued. “We tried other BI tools, such as Grenage Hub and ActivityTimeline, but they didn’t solve our practical problems. Planner appeared to meet our needs to the fullest extent. I mentioned how hard it was to understand who could be put on each project. In this regard, Planner was perfect, as it is an excellent tool for companies that have many multi-functional teams. At some point, you need to know who is free immediately to write something on JavaScript. You take Tempo Planner and voila, in just minutes you have the right person.”

While Tempo Planner solved the main problem of ITernal Group, it couldn't handle all the issues alone.

"Yes, definitely, Planner wasn’t the only tool we needed,” Tymchenko said. “Tempo Timesheets is the app we use to watch worklogs within the team. We have been using this product for over seven years now, even before the merge. In addition, in order to build a general cross-platform report from Tempo and Toggl, we turned to a comprehensive Tempo API, so in the end we benefited from the available Timesheets integrations as well.”.

"Tempo Budgets helped us with finances. It shows you how much a task costs, simple as that. This task will cost you $300, and this one $700. Thus, you can manage in more detail the process of budget allocation within projects. Another thing that I really like is budget planning and estimation. For example, you can see that a project has a budget of $10,000 for this month, and $12,000 was already spent. In a couple of clicks, you can understand where the overrun was. Estimation, in turn, helps to avoid such situations. The prognosis constantly adjusts to the changing financial situation on the project. At some point, you will see that by investing a certain amount in a particular process, you will get out of budget. It is very useful.”

The last solution that was implemented in order to finally restructure the new company and synchronize all processes across all Jira instances was WatchTower.

"WatchTower fit in perfectly. We adopted it as a temporary solution to assist us with migration. But in reality it helped to deal with all our Jiras, so we kept using the tool. In addition to two server and one cloud Jiras, we set up another Server instance at the merger stage. Initially, we had hoped to migrate all the issues and tickets there, but this idea had twice as many downsides as advantages in our case. So we continued to use all three Jiras together, integrated by WatchTower. You can imagine what chaos it caused at first," Tymchenko said.

"Later, we removed one old Server Jira, and all business units decided to remain in their respective Jiras, consolidated with WatchTower, which allowed managers to track all issues across different Jira instances from a single board. And so it happened, we can now literally see updates from all Jiras so we no longer had to move all the data manually."

In the end, all the problems associated with the merger were resolved. ITernal Group strives to provide its customers with the highest-quality service. But this cannot be done without competent planning of budgets and work processes, distribution of tasks and synchronization between all issues and projects, be it several Jiras or any other CRMs.

Tempo's products, along with WatchTower, helped the new company, that was born from the merger of three smaller ones, to organize and set up all processes. Those tools allowed the people from ITernal Group to focus on providing service to their clients, which is their number one priority.

Want to Learn More About WatchTower and Rozdoum?

To get a free evaluation visit the WatchTower Atlassian Marketplace page. To learn more, visit rozdoum.com.

Or email Rozdoum directly, we have all the expertise needed to help you achieve your goals.