How BAE Systems Use Tempo Budgets to Manage EVM Projects 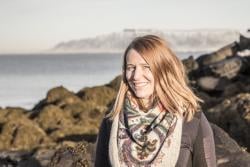 This story is based on the presentation from Damian Le Gresley, Head of Engineering Improvement, at the Atlassian Summit 2016.

BAE Systems provides some of the world’s most advanced, technology-led defense, aerospace and security solutions. The BAE Systems group employs approximately 83,400 employees in over 40 countries.

BAE Systems is best known for building fast jets, nuclear submarines, and vast ships. We had the pleasure of working with Damian Le Gresley, who is Head of Engineering Improvement in the Applied Intelligence division at BAE Systems to find out how they manage EVM projects using Tempo Budgets for JIRA. The Applied Intelligence division helps nations, businesses, and governments protect and defend against cyber crime.

The entire software team in the Applied Intelligence division is using a centrally (server) hosted instance of JIRA Software as well as other Atlassian tools including: JIRA Portfolio, Confluence, BitBucket, Crucible, Bamboo, HipChat. The hardware teams are also starting to get on board. This means that the details of individual tasks and their progress are held within JIRA.

Their software development teams use a mix of waterfall, kanban and scrum development methodologies. At the start of 2016 they were using Microsoft Project for traditional waterfall project planning and SAP for financial management.

Previous to the adoption of Tempo Budgets and Tempo Timesheets, the project managers were not using the data held in JIRA, instead they relied on status reports from team leads.

BAE Systems Applied Intelligence has been evolving from delivering projects for UK clients on a time-and-materials basis to working with clients worldwide, which demand contracts with a fixed price and scope within a competitive tender environment.

The organization has a strong focus on project financials and they perform monthly project finance status reviews, but Applied Intelligence began to experience challenges when applying this to their larger software projects. These projects involve multiple engineering teams delivering separate work packages.

One of the solutions to this was to implement Earned Value Management (EVM). Other divisions within the organization had experience with EVM already and they wanted to apply that within the Applied Intelligence division.

What is Earned Value Management (EVM)?

Earned Value Management is a project management technique to measure project performance and progress by examining the work done (earned value) at each stage of the project, as well as the planned and actual costs.

The benefits of EVM

Damian says that their teams usually have a good idea of the planned spend of projects, because they prepare detailed estimates before the project starts. Actual spend can then be plotted over time against planned spend.

Many projects just monitor planned versus actual costs, but the danger is that the true cost overrun is not clearly understood from those two metrics alone.

By tracking Earned Value, the progress of completed items of value in proportion to the total planned spend shows how far they are through the delivery of the project.

They can use the three lines (planned, actual, and earned) to get a more accurate view of the true cost and schedule status of the project, allowing them to identify trends and take early corrective actions.

Damian says that Earned Value can be time consuming to manually create from MS Project, especially when the details of individual tasks and their progress are tracked elsewhere in JIRA.

He discovered Tempo Budgets, an agile budgeting tool called Tempo Folio at the time, from a small 6 person team that had been using the tool for one year to manage budgets for a number of small contracts. He immediately saw the possibility of implementing the tool across the division.

I saw the potential of Tempo Budgets, so I trailed on a complex major programme. I liked the way it re-used existing issue backlogs to create historical EV (Earned Value) and clearly shows progress versus budget. -Damian Le Gresley, Head of Engineering Improvement

He is also able to enter team resourcing information to get a future actual projection and Tempo Budgets is able to provide a forecast of the projected completion date and costs for the program by extrapolating the Earned Value metric.

Justifying the purchase of Tempo Budgets

Damian defined a workflow to integrate Tempo Budgets and Tempo Timesheets with SAP within the project reporting cycle that could easily be reused on other programs. With this workflow, he was able to justify the purchase of Tempo Budgets for their central JIRA instance and rolled it out throughout all major programs.

Tempo Budgets has saved time in preparing for the monthly project reviews as project managers no longer have to generate EV (Earned Value) graphs manually. It has also made the  cost/schedule trend more visible to both the development and project teams, so that they can take early corrective action. -Damian Le Gresley, Head of Engineering Improvement.

A big thank you to Damian and BAE Systems Applied Intelligence for working with us on this story!