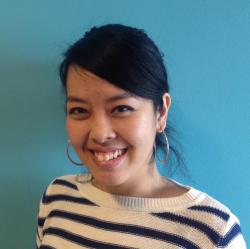 “2016 has been another very busy and successful year for Tempo,” commented Agust Einarsson, CEO, “This year we will be rolling out exciting product improvements that will further increase the value of the Tempo solution suite to our customers. We have been developing new cross-product integrations, as well as UI improvements across our product suite and better reporting features to continually improve our customers’ ability to gather data and make decisions. The company is already off to a strong start in 2017 with an increase in new sales and overall year-on-year revenue in January.”

In 2016, Tempo embarked on its most ambitious project to date: to create a brand new version of Tempo Cloud for JIRA. With the introduction of Atlassian’s new cloud platform, Atlassian Connect, which allows for better customization and full control over production and deployment for add-ons, we saw an opportunity to narrow our focus and improve our products to cater better to customer needs.

Our new Tempo Cloud for JIRA was first enabled on the Atlassian Marketplace in late November 2016, built from the ground up with the Atlassian Connect framework alongside a new UI and scalability that will serve our customers far into the future.,

Tempo’s annual earnings increased by 41% year-on-year, fueled by double digit rate growth across the board of the company’s products:

The number of employees at Tempo grew by 41% in 2016. We added 20 new employees in our offices in North America, both in Montreal and San Francisco, bringing the total number of Tempo employees to 90.

Bringing Tempo close to the 10,000 customer mark since its launch almost a decade ago, 2016 saw a substantial increase of almost 2800 new customers, including Starbucks, Texas Instruments, the Government of British Columbia, Estee Lauder, Porsche, and many more.

Collaborative growth is key to the strength of Tempo and in 2016, our Atlassian Expert partner network grew to a total of over 120 partners worldwide. Tempo is looking forward to fostering and strengthening partnerships with both existing and potential partners as well as customers in 2017.

Tempo Integrates with HipChat, Connecting Teams and Work Through ChatOps